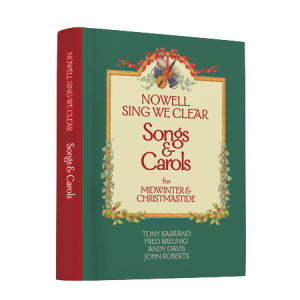 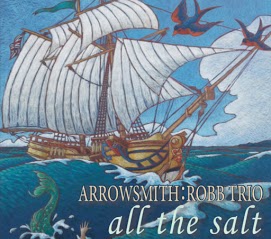 Songs are stories too. And sometimes poetry. And often a comfort to me. This year some on my list are favorites of the little one who spends days with me. Many thanks to my friends for their music. 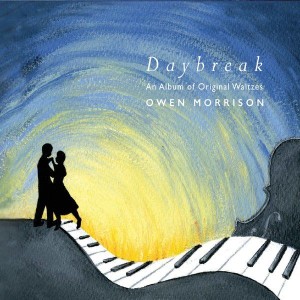 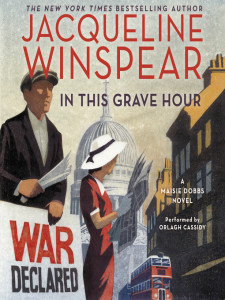 As I’ve mentioned before here and here, I’m a fan of the Maisie Dobbs mystery series. Besides liking psychologist/investigator Maisie herself a lot—she combines integrity with intelligence, a strong work ethic with a warm heart—I especially like the way Winspear includes the historical context. As the author says:

I wanted to focus on the impact of extraordinary times on the lives of ordinary people. And I wanted to use the mystery to give form to the journey through chaos to resolution—or not, as the case may be.

When we first met Maisie, she was rebuilding her life after serving as a nurse in the front lines of WWI. This installment, the 13th, begins with Neville Chamberlain solemnly declaring the start of WWII.

Echoes of WWI and its long tail of consequences pervade this story as Maisie tries to find the assassin of a former Belgian refugee before he or she kills again. As several characters remark, who would take a life at a time when there is so much fear of the killing to come? And why would anyone want to kill this harmless man?

I am reading the books in order; some I’ve read before but I wanted to fit them into the larger framework. It’s been said that a series is like a television show, with each book equating to an episode. The struggle for the writer is to include enough information that a new reader won’t be lost without boring someone who’s read the other books.

It’s a little hard for me to judge, since I’m not coming to it as a newbie, but I think this book would work as a stand-alone. Winspear adds just a sentence or two of background as needed. However, I think the reading experience is considerably deepened by having read the previous books. Most of the characters have appeared before, so prior knowledge helps you better understand their actions and reactions. Plus your emotional commitment to the characters is much greater. For example, some of the children you’ve seen tumbling about like puppies are now old enough to fight in the war.

There are some new characters here as well as old familiars. Among them are Anna, a little girl who has been evacuated from London along with the other “Operation Pied Piper” evacuees, but who has no papers. No one knows who she is and she herself refuses to speak, just as she refuses to let go of her small case and gas mask.

Anna and two other children are billeted at Maisie’s home in Kent. Maisie, who lost her husband and baby only three years previously, finds her heart turning toward the child even as those around her warn that she will only be hurt again when the girl returns to her family.

Maisie also becomes involved in the families of other former Belgian refugees as she pursues the killer, even as their former country faces new devastation.

The threads of the story are tightly woven. What makes a person kill? What makes a family, holds it together, and releases it? How does the past continue to shape the present?

The perspective of ordinary people during this liminal time, when war has been declared but the fighting not yet begun, is fascinating. One mother travels with great hardship to Kent to reclaim her sons and take them back to London, even though the schools are closed, even though bombs are expected to fall. But who can imagine bombing before it happens? What parent can bear to put their children on a train to some unknown place with unknown people? I don’t know if I could have done it.

Chaos may not always be resolved, though some small part of it may be. We do what we can.

Have you read any of the Maisie Dobbs books? 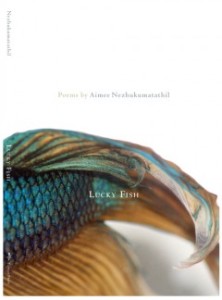 True confession: I bought this book for its cover. Not knowing much about graphic design, I took advantage of an AWP (Association of Writers and Writing Programs) conference to wander through its sales hall where a couple of gymnasiums full of publishers displayed their books. When a cover caught my eye, I started a conversation with the representative staffing the table about why it was so intriguing (I’d chosen a slack time so as not to inconvenience them).

Tupelo Press, the publisher of this collection, Nezhukumatathil’s third, had quite a number of outstanding covers. And their representative was generous with their knowledge.

But it’s the inside of the book I’m here to talk about. Nezhukumatathil draws on her Indian-Filipino heritage, her Florida childhood nurturing recalcitrant citrus trees, and her husband’s Kansas farming experiences to create these poems. She writes about two-headed calves, made-up folk remedies, fables and families. She writes about love in fresh yet simple ways, such as this excerpt from “Suppose You Chopped Down a Mulberry Tree”:

I know a man who has such a sweet face,
bees follow him down the street. Ants still collect

in the tread of his shoes.

Many of the poems are a luscious cornucopia of images. The author doesn’t hold back, but sprinkles them liberally throughout, often in surprising combinations that still work. Here’s the beginning of “Fortune-Telling Parrot”:

I will pick
a black card

of luck for you;
star, pinkmoon,

How does she do it? What a remarkable imagination!

In the third part of the book the poems are about giving birth, speaking simply and directly about this most fundamental experience, yet incorporating whimsical images and strong emotion. She imagines her baby born with a hedgehog resting in its hand and how that might play out. She speaks of the small moments every new mother will recognise, such as in “Waiting for Him to Speak” where she notes that “his hair // is the tobacco hue of an owl feather.” She worries about whether the baby will latch properly, thinking that “if she thought to wear the silver anklets her Indian grandmother gave her, at least there would be happy bells.”

But she doesn’t shy away from the larger world, writing about the Chinese children assembling her child’s toys. In other poems throughout the book there is a welcome astringent note within the sweet and magical songs. In these specific and sensual poems, whether about the taste of soil or the sound of the stone found in an eel’s head, Nezhukumatathil captures the universal and invites us to share the celebration.

Have you read any poems that overwhelmed you with their richness? 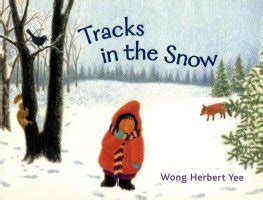 I’ve been reading a lot of picture books lately since I’ve been babysitting for a two-year-old. We’ve both fallen in love with this one. It starts with a child looking out the window at the snow and wondering what made the tracks there, and where the tracks go.

They (I’m deliberately using the plural because the child is not named and is not obviously a particular gender—part of the book’s charm) put on boots, coat and mittens (a skill my young friend has been working on recently) and go outside.

Following the tracks, the child wanders through typical landmarks for a little one: a garden gate, woods, some rocks and over a small footbridge. As they meander, they are shadowed by various animals: a squirrel, rabbit, fox, deer. The child considers what could have made the tracks: a duck? a woodchuck? a hippopotamus?

As you might have guessed, they follow the tracks all the way back to their own house and realise they themselves made these tracks the previous day.

This is a quiet book, like the snow’s hush, full of curiosity and imagination. The gentle illustrations are minimal, almost suggestions, yet they capture a child’s body language beautifully. Being snowy landscapes, of course there’s lots of white space.

In my opinion, the best picture books tell a story and, indeed, even in this brief text we have a full story. The protagonist is the child; the problem is to solve the mystery of the tracks. The antagonist is more abstract: ignorance, what we don’t know, the impenetrability of the world.

I remember as a preschooler being terrified by the vast sea of things I didn’t know. I knew my house and yard. I knew my block, more or less. But everything beyond that was a blank, simply inscrutable. For all I knew, there could be dragons. If I wandered off my block, how would I find my way back home?

Solving these mysteries, mapping out the nearby streets a little at a time, became my ambition. I think it’s partly why I enjoyed being a mechanic and then an engineer: understanding how cars and computers work. I never liked black boxes, those enigmatic spots in a flowchart labeled “Here the magic happens”.

So in this brief tale, I see not only an outward journey for our protagonist—following the tracks, answering the question—but an inner journey to satisfy that yearning to explore the world and begin to comprehend its mysteries.

What picture book have you read that you particularly enjoyed?