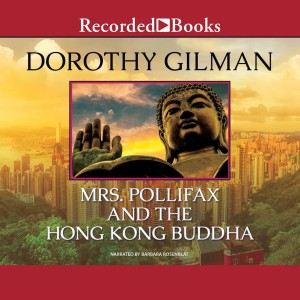 My mother and I had a complicated relationship. We were never close. I had a passel of younger siblings and, what with one thing and another, she seemed largely absent as I was growing up. Looking back I can see and appreciate the small, generous things she did for me, but at the time she seemed like the adults in the Peanuts cartoons: offstage, uttering strange quacking sounds.

Once I had children, I appreciated her more, not surprisingly. We developed a casual friendship where we emphasised the things we had in common and didn’t discuss the many areas where we disagreed. We both liked watching ice skating competitions and Masterpiece Theater. I became infected by her love of dark cherries and sandwiches made of parsley and cream cheese. In return I taught her to use mushrooms in cooking and to make bread. Together we learned how to can peaches from Baugher’s in Westminster, Maryland.

We both liked reading Georgette Heyer’s novels, she for the romance and me for the wit and historical accuracy. And we both loved Dorothy Gilman’s series of Mrs. Pollifax novels. Although we believed ourselves to be complete opposites, my mother and I both saw ourselves in Emily Pollifax. If we were a Venn diagram, Gilman’s character sits firmly in the sliver shared by our two circles.

Becoming somewhat bored with her New Brunswick, New Jersey life, her Garden Club and nosy neighbors, Mrs. Pollifax, a widowed senior citizen, decided to do something new, something she’d always wanted to do. She walked into the CIA and applied to be a spy.

As it turned out, the CIA had a use for someone who didn’t look or sound like anyone’s idea of a spy.

In this seventh book in the series, Mrs. Pollifax is sent to Hong Kong to check on an agent, one well known to her from a previous adventure. This agent has gone curiously silent, and the CIA has become convinced that his superior in Hong Kong is compromised.

On the flight out she meets a gentle man who turns out to be a psychic, though he can never see his own future. And in the hotel, to her surprise, she runs into a reformed cat burglar she met in an earlier story, now posing as the third richest man in the world.

One of the fun quirks in these stories is the way Mrs. Pollifax meets odd people, some of whom turn out to have skills she needs. I love discovering the interesting qualities they are hiding and also her thought process as she decides whom she can trust. Another wonderful aspect of the series is the exotic locale of each, astutely described: just enough to give you the flavor without overwhelming you.

In Hong Kong Mrs. Pollifax is taken aback by her reception at Feng Imports, where the agent she is looking for should be working undercover. Complications ensue, with danger around every dark corner. Suspense builds to a nail-biting climax.

If I can ever hold off being gripped by the story, maybe someday I can work out how Gilman manages to balance humor with these dark and dangerous adventures. Mrs. Pollifax herself is one way: the surprise of a suburban grandmother who enjoys gardening and espionage, who has tea with her neighbors and takes karate lessons.

I think it is this clear-eyed view of how complex an average woman can be that appealed to both my mother and me. We loved Mrs. Pollifax’s normality, her practical and no-nonsense understanding of right and wrong. We liked these tales of an ordinary woman thrust into extraordinary situations, bringing to them the same courage and common sense that women everywhere display when faced with concocting a dinner out of what’s in the frig or dividing a pie among a horde of hungry children.

My mother has been gone for 13 years now, but I still buy cherries for her when they first appear at the grocer’s in June. And I still get the urge to pick up the phone and ask her if she’s read the latest adventure of Mrs. Pollifax.

Do you and your parents or children share books with each other? What are some that appeal to both of you?

One thought on “Mrs. Pollifax and the Hong Kong Buddha, by Dorothy Gilman”