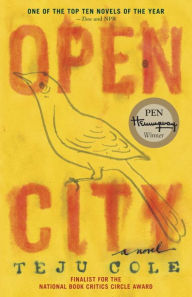 Julius, a medical student from Nigeria in New York City on a psychiatry fellowship, starts walking around the city in his free time. Sometimes he has a particular destination, but more often he just sets off aimlessly. On his walks he sometimes notices other people or has brief encounters with strangers. Sometimes he visits a former professor, now old and in poor health. Mostly, though, he lets his thoughts wander, ranging over his past and future and that of the city.

There is a long tradition of mostly nonfictional accounts of walking journeys. Here, we are entirely in Julius’s mind and constrained by what he chooses to reveal. Remembered scenes are recounted through his filter. In a novel like this, without other characters—the few who appear more than once are only sketched in—or a traditional narrative with dramatised scenes, what holds a reader’s attention is the quality of those thoughts.

Julius is in his early 30s, so his thoughts have an existential tilt. Within the mosaic of the city’s streets and his life there, both of them shadowed by the events in their pasts, he thinks about death, how he has gotten to this place, and what “this place” is. He questions his choice of profession and even if psychiatry can actually help people.

He appears to be an extreme introvert. At the start of the novel he has more or less broken up with his girlfriend of a few months; they have drifted apart since she moved cross-country. He has one, unnamed friend—referred to only as “my friend”—who moves away by the end of the novel. He enjoys his new activity of occasionally visiting with his former professor, but the professor dies. He encounters a woman from home who remembers him, but he seems not to remember her. Meanwhile, he walks alone.

I was intrigued by the form of this novel and surprised that it held my attention as much as it did. Julius is an unreliable narrator, but we only have his words and perceptions to go on, so that added a level of interest. I was curious to see how Cole would bring structure to the seemingly random string of events. The structure he worked in was subtle but sound.

Also I have long been enthralled with the way the past colors the present, especially in terms of places. I loved W. G. Sebald’s Rings of Saturn and knew that Cole counted Sebald as one of his big influences. However, I would have enjoyed the book more if I lived in New York City. Cole takes it for granted that we know all these places—streets, neighborhoods, buildings—and for the most part doesn’t bother describing them. Since the city is the main character, this lack left a huge emptiness in the center of the book.

The other lack I felt as I finished the book was the sense of an ending. Nothing was resolved; the questions that were raised throughout the book were not answered; Julius seemed to have achieved no insight into his own heart or integration of his divided self.

Cole’s voice, filtered through Julius, stays with me, despite some of the flaws in this novel. I will certainly read more of his work.

What account—fiction or nonfiction—of a walking journey have you read? What did you think of it?