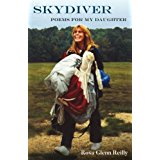 There’s been an interesting discussion going on over at Writer Unboxed this past week. In the blog post David Corbett peels open some of the ideas Donald Maass has put forward in his blog posts and his new book, The Emotional Craft of Fiction. Corbett suggests a distinction between emotion and feeling and the implications for us writers as we try to summon both in our readers. Maass responded, and others jumped into the discussion.

One of Maass’s great insights, which I’ve been trying to unpack for myself for several months, is that a reader’s emotional response is far more complex than you might think. He says:

Psychological research into that question has surprising answers. For instance, fiction writers assume that readers will feel what their characters do. They don’t. Readers instead react: weighing, judging, comparing and creating, moment by moment, their own emotional journey.

If you want a textbook on how to create an emotional response in readers, look no further than this collection of poems.

Almost every poem left me gasping, which may be why I chose to start this post from the distant perspective of a writer studying craft. Reilly takes us through the stages of her daughter Tina’s illness: Diagnosis, Metastasis, Hospice, After. But these are not poems of grief. Well, they are of course, but grief a steady continuo behind the melodies and counterpoints of particular moments. Everyday details cluster in these poems, countering the solemnity of what we know is coming.

We see Reilly change. For example, “Tattooed Angel” celebrates the pierced and decorated stranger—the boyfriend she’s only just met—who promises to take care of Tina. Despite Reilly’s “cautious/mother antennae” she sees that “the bathroom is clean/the dishes are washed”, knows that he has been counting Tina’s pills and measuring her fluids. Most of all, he still sees Tina as the “bold and sexy” woman she had been only seven days ago.

Reilly also uses reversals to surprise us into emotion. In “Memorizing” she describes “a lazy/sunlit afternoon” with her daughter, filled with specific sensual details, culminating in the two of them falling into a nap “curled/twin embryos/facing one another/only our hands touching”. Peaceful if sad, yes? But they have fallen asleep “she/exhausted from radiation//me/worn thin from holding/my breath”.

Another technique is imagery. In “The Alamo” Reilly uses our knowledge of that brave and hopeless fight to underscore her own outrage and fury when Tina’s cancer comes back, cutting short the promised years of remission.

Humor also can get under our defenses. In “Sisters” Reilly gives us a beautifully detailed account of a moment between sisters which starts: “your older sister drapes/your limp right arm/around her own neck//she waits/bent patiently/as your left arm slowly rises”. As Tina is carried to the porch, Reilly remembers moments from the girls’ past, all with these superbly accurate details. When her sister tells Tina to stay put, Reilly hears “. . . your younger-sister response/halting/each carefully found word/a lilting/defiant tease//You are not. The boss. Of me.”

Even punctuation carries emotional weight. There are no commas at the end of lines, no periods at all except in quoted dialogue, as though Reilly cannot bear the thought of any end, much less a hard one.

Normally I avoid giving away endings, but here, with every poem so powerful, I’ve given you a couple. I wanted to show you how unusual and effective these poems are. When you’re done, read the poems again to see how brilliantly Reilly encourages us to summon our own memories and experiences to fill the white spaces between the lines.

But first read the poems for the experience. If you, like me, are hesitant to open yourself to another death, and the death of a child at that, then believe me you will find more of love than grief in these poems. They will open your heart to the everyday magic of our lives.

What book have you read that inspired moments of strong emotion or feeling?