Another mystery, this time set in Chicago in December of 1968. It’s the end of a tumultuous year that saw the assassinations of Martin Luther King, Jr. and Robert Kennedy, the Summer of Love, and in Chicago itself the violence around the Democratic National Convention.

Seeking independence, Cassandra has left the home of her well-off grandaunt and granduncle to live in a multiracial commune in a questionable part of town. She’s in her early 20s, cutting college classes to read books on politics and social justice. When she met Wilt, a charismatic Black man, she found a friend who was on the same wavelength, and was delighted when he encouraged her to join the commune where he and his white partner Mia lived along with several others.

She delights in her new freedom and friends, happy to have found a family she has chosen rather than the over-protective relatives who took her in after her parents’ death. There are tensions, not only family issues but also marijuana use perhaps affecting her schoolwork, sexual freedom coming up against learned ideas about relationships, decisions about who else to admit into the commune.

Then they discover the brutally murdered bodies of two of their members. As Cassandra tries to untangle why they were killed, she is confronted by how little she knows about her new friends, while navigating the questionable tactics of the police and resisting her family’s attempts to make her come home.

The secrets and hidden agendas that make mysteries so fascinating are well-constructed here. The story kept me guessing, surprising me at times. I also found Cassandra a realistic and intriguing woman, simultaneously familiar and different, someone I enjoyed spending time with. All the characters come alive, not just their flaws and fine points, but also the different worlds they straddle.

Carter succeeds in capturing this period, which I remember only too clearly. Seeing it again through the eyes of a young Black woman, with all the additional hurdles and advantages, fascinated me. For example, much as most of us hippies distrusted the police, a person of color has more factors when deciding whether to call them when a crime is committed.

And thinking of the differences and similarities of the country during that election and the current one has given me a slightly different perspective on today. Change is hard, and the Age of Aquarius which once seemed within reach is something we are still seeking.

Anyone who is interested in a glimpse of what the 1960s were like, looking beyond the memes and stereotypes, will enjoy this book, as will mystery readers. I’ll be looking for more books in Carter’s Cook County mystery series.

What do you look for in a mystery series? 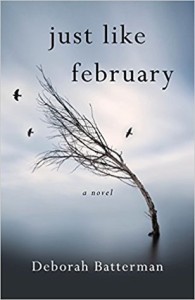 As the story opens, five-year-old Rachel Cohen is worried that her hippie parents are not going to actually go through with their long-delayed wedding. Her mother keeps calling it off. For Rachel, its more than the much-fussed-over dress she’ll wear as the flower girl; it has to do with making her family seem less precarious.

Her conservative grandparents appear vividly in their humor, patience and bottomless love. Details such as Grandma’s raspberry rugelach and Grandpa’s jokes and stories bring them to life, as do their distinct voices.

But it is her Uncle Jake whom Rachel loves immoderately. A restless traveler, source of treasured gifts and postcards, Jake is a free spirit who seems to offer Rachel a different kind of stability. He really does, even though this may seem at odds with his move to San Francisco, which has given Grandma to an obsession with earthquake predictions. It is only as Rachel grows older—the story begins in 1969 and ends in 1986—that she begins to recognise his demons and the real dangers that threaten him.

One of the most enjoyable things for me in a well-written book is turning back to the first page and first chapter after I’ve finished. Batterman’s beginning holds the seeds of the story to come. I was delighted to find images and motifs that circled back at the end. These are techniques that make for a satisfying ending—so rare in novels these days.

Writers often discuss how much to bring the outside world into your novel. They can add resonance to a story or, if irrelevant, distract the reader. Setting this story in the turbulent mid-twentieth century: the 1960s, 70s and 80s, Batterman could hardly ignore the effect of outside events on this family, yet she goes further by incorporating them into the storyline.

She does a good job of integrating the counter-culture of the time, with its dizzying sense that an old order is actually coming to an end. She also captures the early days of the AIDS epidemic, with their panicked and irrational fears, using them to drive the story.

For me, the story vividly brought back those decades. And the sense of being there again cemented by the many little details and references that were familiar to me. The text is interspersed with Rachel’s diary entries and postcards written by Jake and Rachel, adding another dimension of authenticity and voice.

I want to mention the cover, too. If readers aren’t familiar with an author, then the cover design is the first thing they see and the first way to interest them in the book. This cover is brilliant. Delicate and lovely, yet troubled, it sets you up for a story that is all of these things.

The next thing readers notice is the title. Titles are a particular weakness of mine, so I wanted to shout from the rooftops when I finally understood how appropriate this title is. The mystery of it draws you in. It lingers in the back of your mind and, even when it’s later explained, it still takes on new layers of meaning.

Delicate and lovely, troubling and satisfying: this is a story to savor.

Where were you when Neil Armstrong landed on the moon? Now that a new film about that event is coming out, what do you think its significance is? 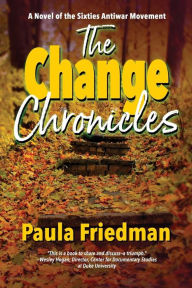