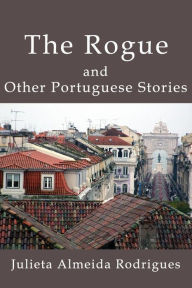 This is the second collection of stories from Rodrigues, but the first I’ve read. They are set in Portugal, but more than that, they aim to get at the essence of the Portuguese character. In her Foreword, Rodrigues states her intention to reveal aspects of Portuguese identity. She says, “Written from a sociological perspective, my narratives illuminate a wide range of topics in contemporary Portugal.”

That’s a big burden to put on a book. In some ways, the stories seem more like character portraits than stories, but more about that later.

True to the author’s intention, the stories feature a variety of situations: a woman in prison taking a yoga class, a young lawyer in his first job eager to please his boss, a fourteen-year-old girl writing a school composition on post-colonialism in Portugal. Some protagonists are professionals; some are down-on-their-luck aristocrats. There are prostitutes, abuse victims, battered women.

Even with this variety of voices, though, there is a curious constancy of tone, something calm and confident.

This comes partly from the prose—the syntax and word choice—but also from the plot structure. While most writers here in the U.S. are encouraged to start their stories in media res—in the middle of the action that sets the story’s events in motion—these stories usually start with a leisurely summary of background information on the protagonist or, in some cases, the setting. Even the title story, which begins with dialogue, is a woman telling the background information to a lawyer.

One of my writing partners is Portuguese, so I understand the different assumptions about structure. In Portugal, I’m told, it is expected that writers present the background and their evidence in measured and logical order before getting to the point, whether it’s a thesis statement or a plot goal. Instead of being frustrated or bored, I found these establishing shots comforting.

The other structural aspect that I noticed is where the stories end. Instead of ending with climax where the protagonist either succeeds or fails at his or her goal, each story ends at the beginning of a turning point, when the balance just begins to tip one way or the other. Expecting more complications, I was surprised each time. It felt as though we were just getting a glimpse into a slice of the protagonist’s life rather than a full story about them.

Still, I enjoyed the stories. And it’s good to be reminded that there are many ways to put a story together. As Paul Harding says, “. . . it’s nice to think that if you follow a prefabricated set of rules you’ll get a story or a poem or a novel out of it. But a huge part of being a writer is discovering your own intellectual and aesthetic autonomy, and how you best get the best words onto the page.”

What stories set in Portugal have you read?