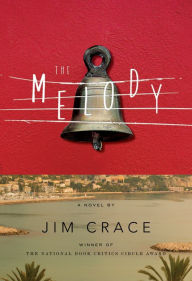 Alfred Busi, a famous and beloved musician and singer, is awakened in the night by animals tipping over the garbage bins. His town has honored him by including a statue of him in their Avenue of Fame, and he is to speak at its unveiling the next day. In addition, he is to give a benefit concert in two days.

At “sixty-something”, Busi is comfortable with fame and with the declining quality of his voice. But since the recent death of his wife, he has had trouble sleeping and has let their villa deteriorate.

When he returns from chasing away the animals and righting the bins, he’s viciously attacked—his hands and face deeply bitten and scratched—by what he swears is a small boy, not a feral dog or cat. Other attacks follow, both physical and emotional, in this wrenching account of an aging man, who has been functioning well, suddenly falling off a cliff, as Atul Gawande describes it in Being Mortal.

We don’t discover until near the end the narrator’s identity. He seems to be speaking for the town throughout the long first part of the book. Once identified in the brief second part, he begins voicing individual opinions.

We are in a European town, apparently during the 1930s, a period whose unrest is mirrored in the town’s changes. Developers are buying up property, such as Busi’s aging villa, and clearing out areas that tradition has ceded to the poor and to wild animals. Busi’s account of the wild child who attacked him revives fears of an uncivilised people who according to legend live in the untamed forests. Such feral children are a staple of myth and folklore, sometimes raised by wolves or dogs or bears, but real cases have also been documented.

Our narrator, despite his claims of rationality, still senses “that something other than ourselves persists. Something wilder and more animated but still resembling us.” He goes on to speculate that these others are the ones who will survive “when we come tumbling down, our cities and our towns, as tumble down they must, when our apartments and our boulevards are tenanted by rats and weeds”.

As always with Crace, the language is subtly poetic, so that it is only on rereading that I notice the beauty of the sentences and the way information is conveyed. There is also much quiet humor, not only in the reference to nonexistent books in the acknowledgments, but also in the astute sketches of various characters that reveal their vanities and illusions.

There are other aspects of earlier Crace novels that I recognise. In Harvest, we see the fear of change, the scapegoating of those unlike us, and the issue of displaced people. In Being Dead, we see the unsentimental and dispassionate attention paid to the decomposing bodies that here describes Busi’s injuries and emotional deterioration. We also see a couple’s long and affectionate marriage, similar to Busi’s where the lobby of his house, “was meant only for coats and umbrellas and shoes, but it had witnessed their embraces and reunions a thousand times, and so, for Busi, it had tender memories.”

Books about aging and the changes that come with a longer life are of particular interest to me these days, such as Walter Mosley’s The Last Days of Ptolemy Grey. I was saddened by much of this book, as we along with Busi discover his new limitations, learn that he is not the man he thought he still was, and have to give up treasured belongings. Yet, I found hope in his openness to what is new. All of the characters here seem like people I know, and their story compelling.

What book about aging has given you comfort or new insight?