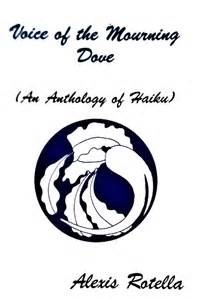 Haiku is more than counting syllables. The one thing most people know about haiku is that it is 17 syllables in three lines of five-seven-five, but many haiku poets writing in English urge us to throw out that rule. There are linguistic reasons related to the differences between English and Japanese, among which is that in Japanese haiku what is counted are sounds rather than syllables.

The most important reason, though, is that focusing on syllable count ignores the true essence of haiku which is to include the reader in a single moment of experience. It may be a profound moment or poignant or ruefully amusing, but it is an emotional one.

I’ve always thought of these as “moments of being”, a phrase Virginia Woolf coined in her essay “A Sketch of the Past” to refer to the sudden, direct experience of the reality behind our everyday life. I’ve also thought of them as awakenings, as in Thoreau’s “To be awake is to be alive.” They come in a flash and are gone as quickly.

This collection of haiku by award-winning poet, Alexis Rotella, reveals how a tiny poem can capture that fleeting moment.

Even in
my bones
the fog.

In a post on Writer Unboxed, Barbara O’Neal wrote “Ordinary life is where all the miracles are.” She described using the phone app 1 Second Everyday to record a one-second video everyday. This practice reminds her to focus on the present, and that “One moment of detail, one second of true observation, can give us a wealth of information.”

Recently I was lucky enough to take a workshop with Rotella, author of fifty books, former President of the Haiku Society of America, editor of Frogpond, the journal of the Haiku Society of America, and founder/editor of the senryu journals Brussels Sprout and Prune Juice. She used works by many poets to illustrate aspects of haiku, such as the use of kigo, a word indicating a season.

She said that the pruning necessary to create effective haiku can help us become better prose writers. We may find our skills as “ruthless editors” extending into other aspects of our lives, such as simplifying our living spaces. The pruning is not for its own sake, but to reveal the seed of emotion in that moment, what Rotella calls its energy.

Many of us are trying to be more present in our lives, to practice mindfulness. The haiku in this collection remind us of the beauty that lurks in a second of experience. Rotella says, “The art of haiku is really meditation.”